Roman Reigns: ‘I hope this is the last time I wrestle Brock Lesnar. Roman Makes a Shocking Prediction About Brock.

Roman Reigns: ‘I hope this is the last time I wrestle Brock Lesnar. Roman Makes a Shocking Prediction About Brock.

Roman Reigns is slated to defend the Undisputed WWE Universal Championship at Saturday’s SummerSlam event, which is a rematch from WrestleMania 38.

Reigns beat Lesnar to unify the WWE Universal and WWE Championships at that event. The two men have wrestled numerous times since 2015, when they headlined WrestleMania 31. The upcoming match is being billed as the last time they’ll meet.

While speaking on NBC’s TODAY show, Reigns was asked how he feels going into the match and whether this will be the last time they meet.

“I feel great. I’m on a course now to do something that no one has ever done, dominate Brock Lesnar,” Reigns said. “We’re entering that kind of timeframe in my career where I’m pushing myself to a different level and trying to achieve things that have never been done before. Anytime you can beat Brock Lesnar three times in a row, that’s pretty good. That’s a feather in the cap.”

Reigns continued, “I hope it’s the last time. It hurts. It’s brutal being in the ring with Brock. He’s a big ol’ country boy, and he’s got such a great, legitimate background. He started as an amateur wrestler, all the way through the collegiate ranks, into the UFC Heavyweight Champion. He’s dominated WWE for a long time. The only problem he has is Roman Reigns showed up and took over. It’s going to be great.” 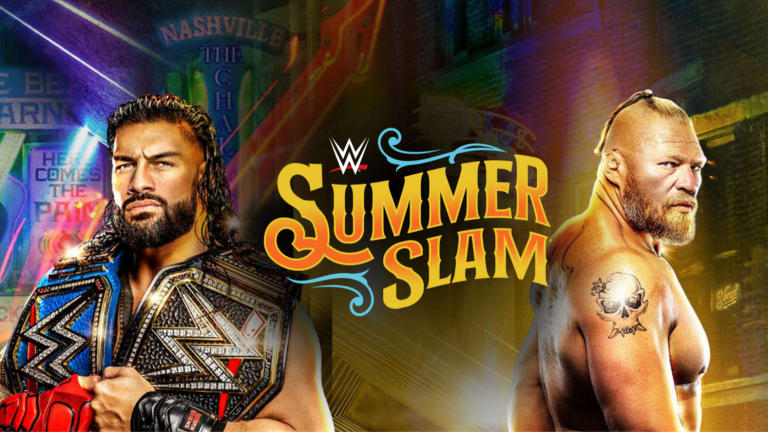