Becky Lynch kicked off tonight’s episode of WWE Monday Night Raw and it was obvious that she did indeed suffer an injury at SummerSlam because her arm was in a sling.

Lynch says that she now knows who she is and it’s not about wearing the fancy clothes or anything she’s been doing over the past year. She confirmed that she has a separated shoulder. Lynch talked not being defined by any man or title and she is starting a new comeback story. Belair went out to the ring and said that Lynch is THE MAN and then Lynch told her to hold it down and that she would see her soon.

Lynch left the ring to allow Belair to continue speaking and then they cut backstage showing Bayley, IYO SKY and Dakota Kai attacking Lynch with a steel chair. 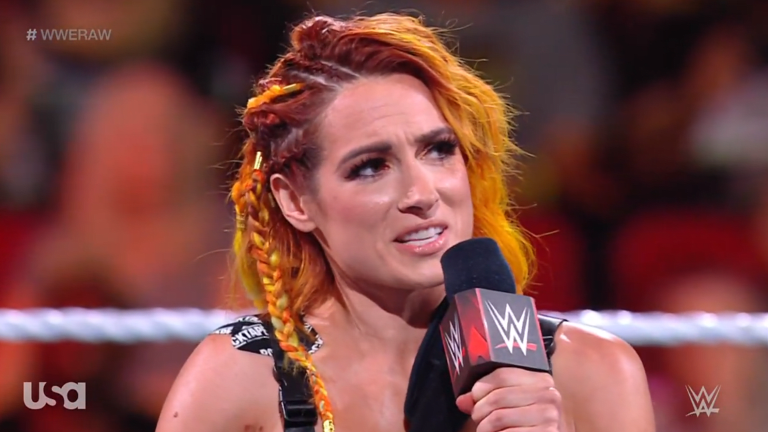