The Rock on Paul Walker: ‘I miss him, I love him’!

The Rock on Paul Walker: ‘I miss him, I love him’!

The actors became close whilst appearing in the Fast and Furious franchise together. The pair grew close after both appearing together in the fifth, sixth and seventh films in the franchise.

Walker died in a car accident in Santa Clarita, California, in November 2013. His death came partway through the filming of the Fast and Furious 7. 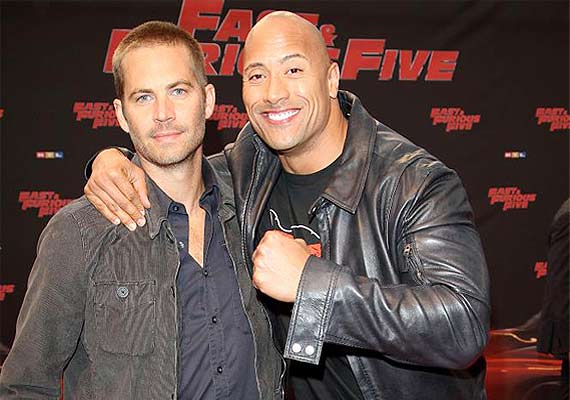 The Rock, real name Dwayne Johnson, wrote on Facebook on Thursday: I never post about my friend. Personal thing, but I prefer to keep our memories and bond private and quiet.

But something about today compelled me as a moving reminder of how fragile life is for all of us. Our friendship was bonded over our daughters, Meadow and Simone and the pride and protection we took being their fathers.

And recently, I got a scare when I almost lost another friend on the road. All this stuff got me thinking about how beautiful, yet wildly unpredictable life is.